$50 off the cost for both new and returning clients purchasing and beginning the chirothin program by the end of Jan 2022. Please call the office at 724-942-7660 for pricing and to schedule a consultation. 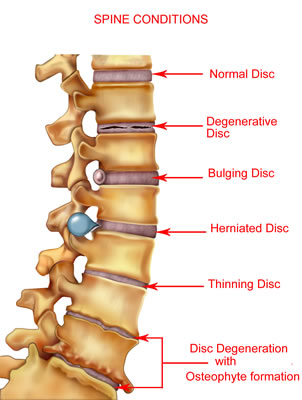 Arthritis is known by many names—but all of them indicate a condition that can be both painful and debilitating. In some manifestations, it is an autoimmune disorder of the joints, and in other it occurs when the cartilage that lines the joint surfaces wears out. In fact, it comprises over 100 diseases and conditions. Chiropractic has been proven remarkably effective in treating arthritis and its symptoms, both in genetic and non-genetic related forms of arthritis.

How Can Chiropractic Help Arthritis?

Chiropractic for arthritis addresses the practical issue of getting the body to move more freely. Once the body is aligned to move with fewer restrictions, the need for pain-relieving medications lessens, or disappears altogether.

Chiropractic as a regular treatment will also help prevent arthritis, or at least its damaging effects. This form of prevention is probably the most crucial benefit in treating the disease. The lifestyle changes and therapies associated with chiropractic will influence diet, exercise, and maintaining the body’s alignment that practitioners believe will offset health problems that might accompany arthritis. Proper weight and a healthy immune system are both important factors in limiting the devastating effects of all forms of arthritis, especially osteoarthritis and rheumatoid arthritis.

Chiropractic—and the holistic health practices that often accompany it—offers multiple benefits in offsetting the dreaded effects of this disease that can take so many undesirable forms for so many people.

Why use Chiropractic for Arthritis?

The basis for Chiropractic care is centered in the body’s ability to heal itself. By correcting joint and spine dislocations, a chiropractor helps increase range of motion in the body, which assists in movement. Chiropractic and its complementary treatments, which include nutrition and lifestyle choices such as exercise and massage therapy, can be used as a preventive measure in developing arthritis or to help relieve the serious mobility issues. Because Chiropractic focuses on physical manipulation, joints can be directly adjusted in order to reduce pain. In general, the stiffness and pain that can result from various forms of arthritis can be alleviated with chiropractic treatment.

Once arthritis occurs does occur, chiropractic’s use of spinal manipulation can result in the diminishing of pain by assisting the overall physical health, resulting in greater ease of movement and decreased fluid build up in the joints that often accompanies arthritic conditions. The use of massage in chiropractic care can also ease stiffness and encourage movement. The application of heat and cold presses has been shown to ease arthritic pain. The use of electrical stimulation in chiropractic treatment is believed to stimulate pain-inhibiting chemicals in the human body, also known as endorphins, and block the nerve fibers that are responsible for pain.

Using chiropractic instead of prescription medicines for pain relief, or over-the-counter medications such as NSAIDs (Non-Steroidal Anti-Inflammatory Drugs), can reduce the chances of experiencing harmful side effects from long-term use. It offers a non-invasive method of maintaining physical health and addresses such conditions as arthritis in a way that will offer freedom of movement without the deteriorating effects that might come with medication.

Chiropractic is a form of physical medicine that focuses on the relationship between the body’s structure—primarily the spine—and how it functions. Chiropractic primarily addresses disorders of the musculoskeletal and nervous systems and how they affect a person’s health. A chiropractor performs a structural manipulation by hand, commonly known as a spinal adjustment; it is the force of the pressure during the adjustment that assists in the realignment of the spine.

Daniel David Palmer founded the modern-day chiropractic profession 1895, which grew from the belief that the body is self-healing and that the nervous system is the key to maintaining health. With the spine as the center of the nervous system, it followed logically, according to Palmer and practitioners since then, that it is the key to health. Proper adjustment of the spine, and preventing what are known as subluxations—or mechanical accidents that occur to misalign the spine and bring stress in movement—will help create an environment inhospitable to disease.

Some chiropractors, with a holistic approach, will also employ other therapeutic techniques in treating patients. In addition to spinal manipulation, chiropractors use heat and ice, exercise, electrical stimulation, massage therapy, acupuncture, dietary supplements, recommending a healthier diet, weight loss and other lifestyle alternatives, when addressing issues that often accompany arthritis and the physical strain it can bring to the human body.

Overall, 46 million Americans suffer with either self-reported, or physician-diagnosed arthritis. That number is expected to climb to 67 million by 2030 as the population ages. Arthritis is the most common cause of disability with 19 million adults in the United States reporting that they suffered activity limitation due to arthritis between 2003 and 2005. In those aged 18—64 about one in twenty adults suffered work limitations due to arthritis, and in one-third of those with arthritis. Annual hospitalizations due to arthritis number approximately 750,000, with 35 million outpatient visits, also due to arthritis. Complications from arthritis account for about 9,500 deaths annually. The estimated annual cost to the health care system is $128 billion.

Though most commonly affecting women and older adults, nearly two-thirds of those afflicted are under 65 years of age. With more than half of adults who have diabetes and heart disease also having arthritis, the concern is not only for the pain suffered by individuals. It is a societal problem that must be addressed more effectively to relieve the symptoms, and the financial costs.

Bringing chiropractic into the discussion of arthritis adds a dimension that opens up possibilities for maintaining an active lifestyle. It provides not only a resolution of chronic pain, but also the potential for addressing the disease with more flexible methods that focus on long-term health. For most of the twentieth century, many people believed that the diagnosis of arthritis necessarily came with the dreaded anticipation that normal activities would become a part of a previous life. With chiropractic and the benefits it provides, arthritis can become a manageable ailment that, along with exercise and a healthy diet, will no longer be feared.

Arthritis is a disease that causes the joints to swell, resulting in pain, stiffness, and loss of function, particularly in the hands, knees, feet, hips, and spine. Osteoarthritis is the most common form of the disease and is a degenerative disorder of the joints. It occurs primarily as people age and the joints “wear out”; it sometimes occurs due to physical injuries that permanently damaged the joints.

Arthritis is most likely to appear in the following forms:

We look forward to hearing from you!

Find us on the map